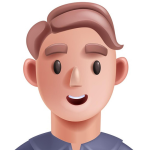 The group crossed the Rio Grande and were immediately taken into custody by Border Patrol agents south of downtown El Paso, between Bridge of the Americas and Stanton Street Bridge.

“The apprehension of 1,036 individuals in a single group – the largest group ever encountered by Border Patrol agents – demonstrates the severity of the border security and humanitarian crisis at our Southwest border,” said CBP Deputy Commissioner Robert E. Perez. “The dedicated men and women of CBP, and in particular the U.S Border Patrol, are doing their very best every day to address the influx of family units and unaccompanied children.”

All members of the group were from Guatemala, Honduras, or El Salvador. The group included 934 family members, 63 unaccompanied minors, and 39 single adults. They were taken into custody for processing and initial medical screenings. They will remain in U.S. Border Patrol custody until they are processed accordingly.

El Paso Sector agents have previously encountered the largest groups so far – of over 400 – on at least two recent occasions. The most recent was on Memorial Day, when agents apprehended a group of 430 people.

The group of 1,036, comprised mostly family units and unaccompanied children, adds to the more than 530,000 aliens apprehended or encountered at ports of entry on the Southwest border so far this fiscal year. The El Paso Sector continues to set record numbers as the situation escalates.

Site is owned by STL.News, LLC. Website is hosted, designed, and optimized by WebTech Group (WTG), as well as serving as Editor in Chief. Site aggregates news stories from across the web.

Alonzo Dean Westmoreland And Woman Sentenced To A Combined 15 Years